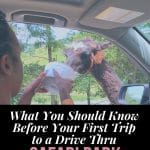 This past week I decided to take the youngest on a trip to a nearby safari park. I’ve taken the oldest a time or two back home, but the little was too young to go.

As an opportunity to get a little fun in before school started back, a friend with a son around the same age and I decided we would take the boys to go be among the wild animals.

There were several lessons learned that I thought I’d share as a result of our day spent at the Virginia Safari Park located in Natural Bridge, Virginia.  It's only right that I share, right? 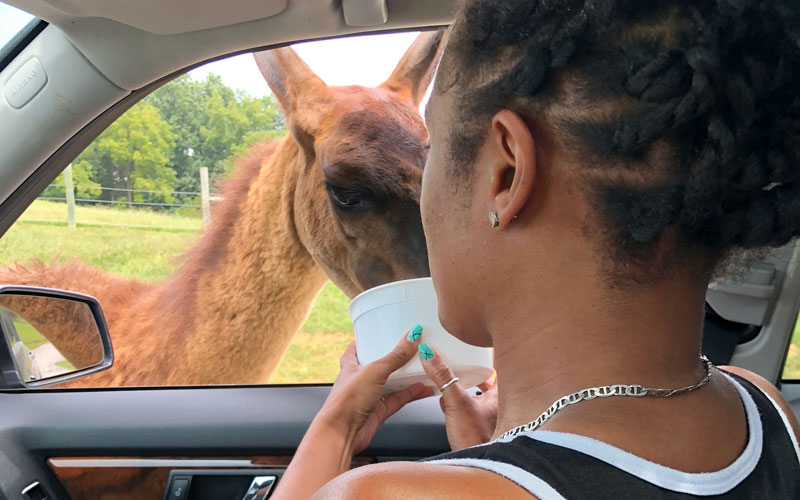 What You Should Know Before

Your First Trip To The Safari Park

What To Drive to the Safari Park?

While you totally can drive a car, I recommend an SUV or vehicle higher up off the ground so the animals can’t just put their heads down in the car.

I mean they are gonna put their heads in, but if you are higher up you have more control.

I like to have control, and when dealing with animals, you probably do too.

The first time I visited the safari park back home I drove my Crosstour, a crossover which sat at SUV level. And this time we took my friends GLX.

If you drive a minivan that does not have windows that roll down in the back, you can not open the doors.  Although they do allow people to ride in the bed of a pickup truck.

I don’t know about you, but I’m good.  I need to be able to bubble myself up when I am done.

The person who is most likely to be calm in an extreme situation.

If you freeze or panic when something unexpected happens. You shouldn’t drive. Hand the wheel over to the calm friend to drive through the safari.

These are not just geese, ducks, and birds.

My friend drove us there but we totally didn’t consider or think about the fact that this was her first time at a safari park. She made me a little nervous. She was scared to go around the animals.

And those darn llamas would just stand in front of you like “now what? Where you gone go?”  It takes maneuverability to get out the situation with you and the animal unharmed. You don’t want to harm the animals.

Which brings me to my next point. 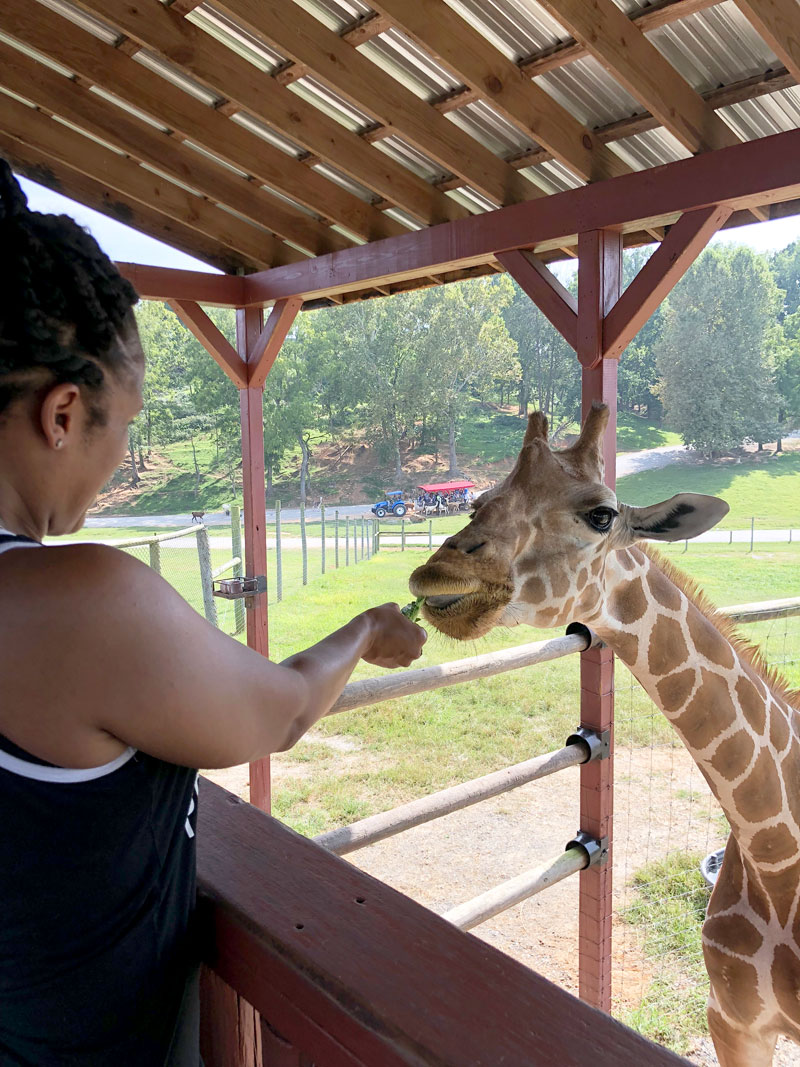 Don’t go. It may sound like I’m being a jerk. But for real, just don’t go. Stay home.

It’s not for you if you don’t like animals. Cause you won’t be careful to make sure that they are not harmed when they aggravate you.

And you are more likely to get aggravated when that llama I mentioned above stands in front of your car and won’t move.

Can We Get Out The Car?

All the no’s in nopeland.  This video shows where a family got out of their car at a wild safari park and were almost attacked by cheetahs.

That’s not the adventure you want.

Aren’t These Wild Animals at the Safari Park? Am I Safe?

They seem pretty harmless like they’ve been taught how this goes. Somebody has taught them to be nice to people, and they will feed you.

BUT they are wild animals.  I’m sure it’s an at your own risk kind of place. Buuuut YOLO right???

This video here shows a Rhino who charged a car at a Mexican safari.  So yea, they are still wild animals.

What If I Change My Mind While I'm Driving Through?

Um, I think you just keep your windows rolled up. Drive through cautiously and chuck the deuces to the money you spent. I’m pretty sure that ain’t coming back.

I think that covers it. In a nutshell, it’s fun.  But be ready for a different experience from the zoo. This… This is not the zoo!

family activitiesfamily travel
Questions, Comments or Just Want to Say Hey ????????, Drop Me a Line in the Comments.
FacebookTwitterPinterestEmail

Coffee That Changes Lives Is Now At Target

I liked that you mentioned that If you drive a minivan that does not have windows that roll down in the back, you can not open the entrances. However, they allow people to ride in the bed of a pickup truck.

My partner and I are looking for a Drive Thru zoo we can visit to stroll the kids before we go to work this weekend, and I’m glad I came across your writing and read some tips about choosing the right entertainment.

I will show this to my partner to see how this can help us decide what to consider when looking for a zoo to choose from.