How To Season and Care For a Cast Iron Skillet 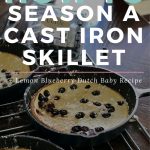 My cast iron skillet is one of my favorite pieces of cookware.

Every time I use it, I think of my mother's pineapple upside-down cake. Delicious.  Moist. Like no other.

I won’t even attempt to make a pineapple upside-down cake. Because really, why would I??

It sounds like a daunting task, but really it’s not. So let’s talk about it.

How To Care For Your Cast Iron Cookware

Why you need to season a cast iron skillet 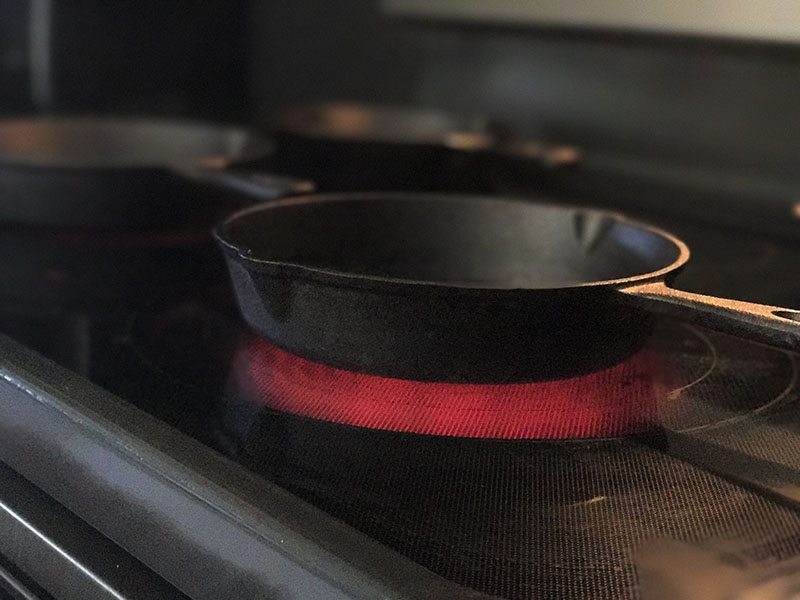 Have you ever set out to make a meal and in the middle of it wanted to scrap it because it just sticks to your skillet and won't let go?

Well if you are using a cast iron skillet that may be because it hasn't been seasoned.

Most cast iron skillets do not come out of the box with a non-stick surface. So seasoning them enables you to use your skillet without your food sticking to it and ruining your recipes.

Season Your Cast Iron Before the First Use

Even if your cast iron comes “pre-seasoned,” you’ll still want to give it a good seasoning before you use it. 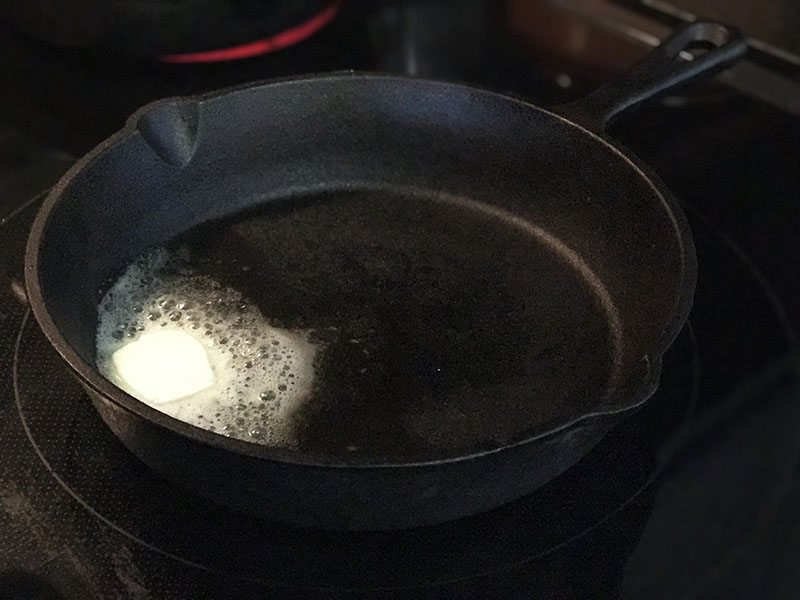 Seasoning your cast iron skillet is simply coating it with oil to enable the non-stick surface.

It is just that simple.  You thought it was gonna be hard, didn't you??

Some people like to add in some of their favorites seasonings or herbs during this process to add in some extra flavor.  It's all a matter of personal preference.

How to season a cast iron skillet

A couple of tips for caring for your cast iron skillet

You want to avoid using excessive water in the care of your cast iron skillet.

Do not clean in the dishwasher, always handwash

When you’re washing your cast iron, use just enough water to remove any food residue in the skillet. If your cast iron was properly seasoned, residue should just slide right out.

Avoid letting water sit in the cast iron or leaving your cast iron in the sink. As it is iron, it will rust and create
extra work for you to restore it.

Once you have removed any food residue, rinse your cookware then dry completely with a dishtowel.

You can also place your cookware upside down over a warm burner to thoroughly dry it. If you use that method, be careful to allow the pan to cool completely before removing from the stove so you don’t burn yourself.

Try to avoid using soap to clean if you can

Water and soaps along with regular use will remove the seasoning that you applied. This means you’ll need to re-season it often.

Ideally, you should re-season each time you use it, but that is not always possible. If you find that food is sticking to the cooking surface, you’ll know it is time to re-season it.

If you are in the market for new cookware, buying a quality cast iron cookware set is a great option for those who want their cookware to last.

Cast iron skillets, griddles and dutch ovens will last generations if they are properly cared for. The key to having cast iron that lasts through your great great grandchildren is learning how to care for cast iron cookware before you begin using it.

If you know how to treat it properly from the start, you are less likely to do something to “ruin” it.

cooking tipskitchen
Questions, Comments or Just Want to Say Hey ????????, Drop Me a Line in the Comments.
FacebookTwitterPinterestEmail

I love cooking in my cast iron skillet because it holds heat so well. My mom uses her mother’s skillet that years of good seasoning on it. The dutch baby looks so delicious, I may give it a try tomorrow morning 🙂

That looks amazing! I take my cast irons when I go camping. Nothing like pancakes over the campfire on a sunny breezy morning in Florida. We definitely would not survive without those cast irons. I do need to season them before camping next month! Thanks for the tips! 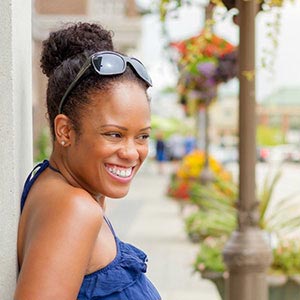