Living the Electric Life in the 2017 Toyota Prius Prime 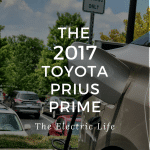 This is a post sponsored by Driveshop and Toyota USA.
To learn more about what that means click here.

Prior to driving the all new Toyota Prius Prime, when I thought of electricity I would think of lamps, power chargers, televisions and such. 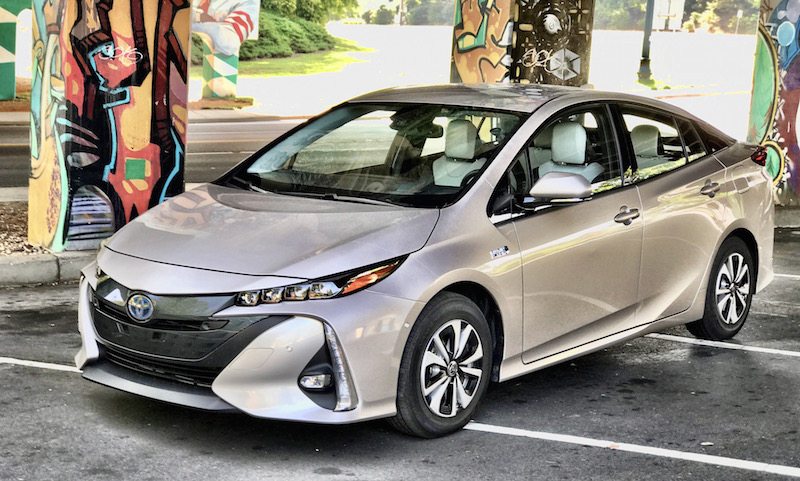 While hybrids are not new, they have certainly come a long way.  Toyota launched the first wide spread first generation Toyota Prius in 1997 in Japan. Then launching in the rest of the world in 2000.

But now the game has changed. You can add plugging in your car to the list of things that you need an outlet for now.

The “gingerbread” (features) of this car are amazing!

The 2017 Toyota Prius is not only electric, literally. It is electric in the sense that it has sparked an excitement among drivers and bystanders alike.

While I was driving this vehicle I had people stop and ask me questions more times than I can count. And then the looks and stares while stopped at stoplights, people were intrigued. 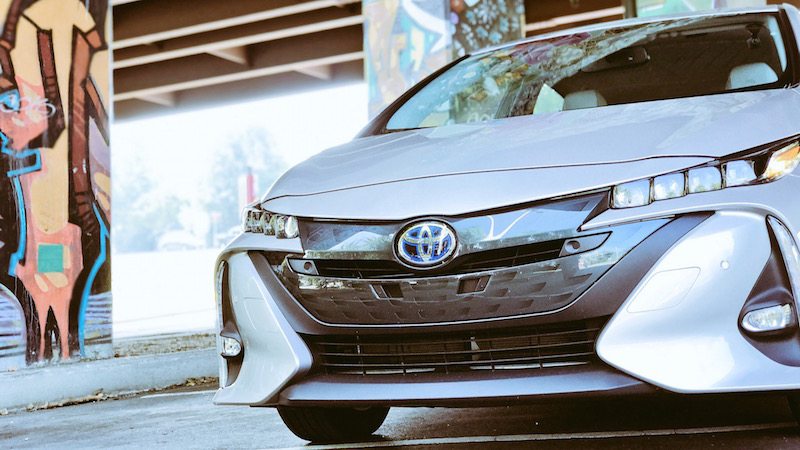 The body style is no longer the simple design found in the first generation. Toyota put its efforts into the technology AND design of this model. It reminds you of the luxury of a Lexus IS, and the economic sustainability of any small car, smart car or otherwise normally economic friendly car you can think of.

You get all of this starting at a very reasonable expense.

What the reasonably priced Toyota Prius Prime gives you

When starting the Prius, you would not even know the thing was running if not for the READY light displayed in dash. 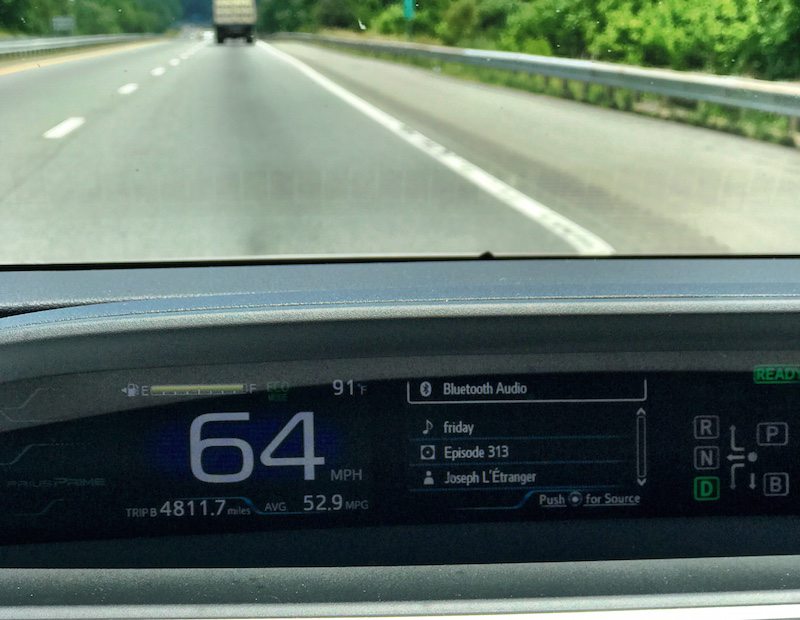 It literally just powered up without me even really knowing.

Then when you go to take off, I can imagine that this is what George and the rest of the Jetson crew felt like in their space aged flying cars. This thing literally felt like you were just floating. On clouds.

The dash was filled with the information you need to know and have readily available. But the large in-dash control panel was the size of the a new iPad Pro. Measuring at 11.6 inches, it gives you access, at hand, to all things needed at the push of a button. The climate control was even digital. 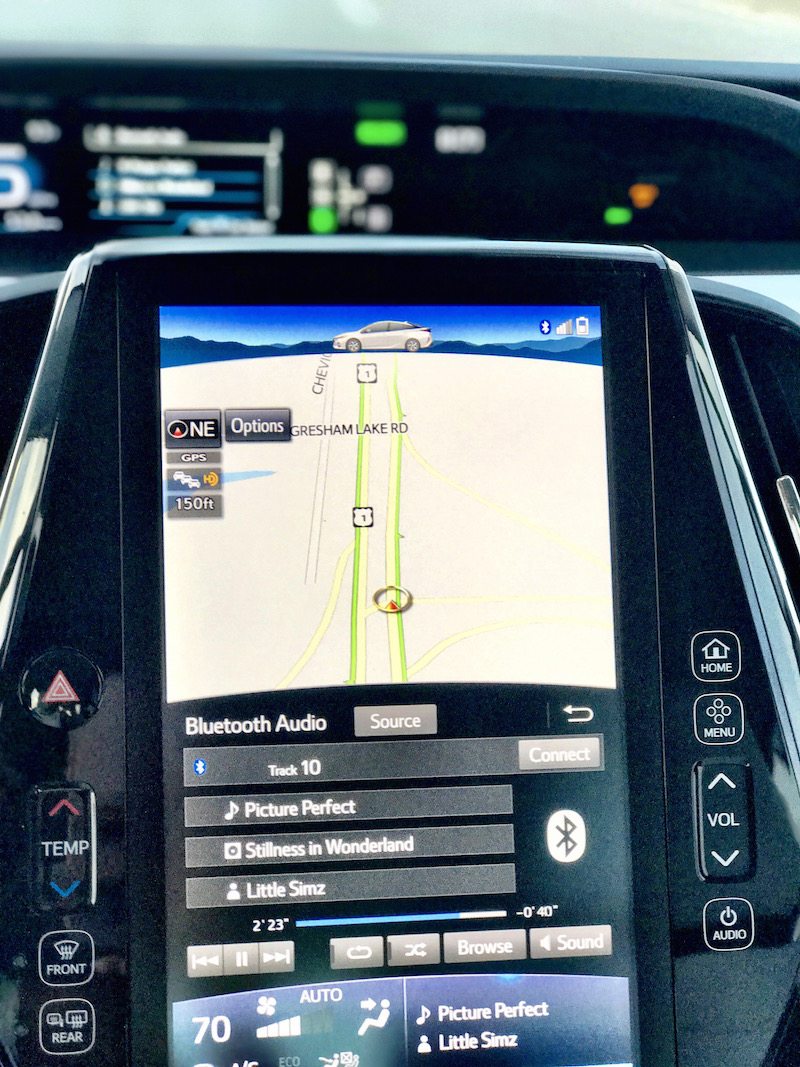 My friends mom came by and checked it out and loved that the screen and features were large enough for people “her age”. She said Toyota was definitely on to something with that!

The interior of the Prime model is swanky and modern with the two-tone leather interior, bright colored accents and digitized design. 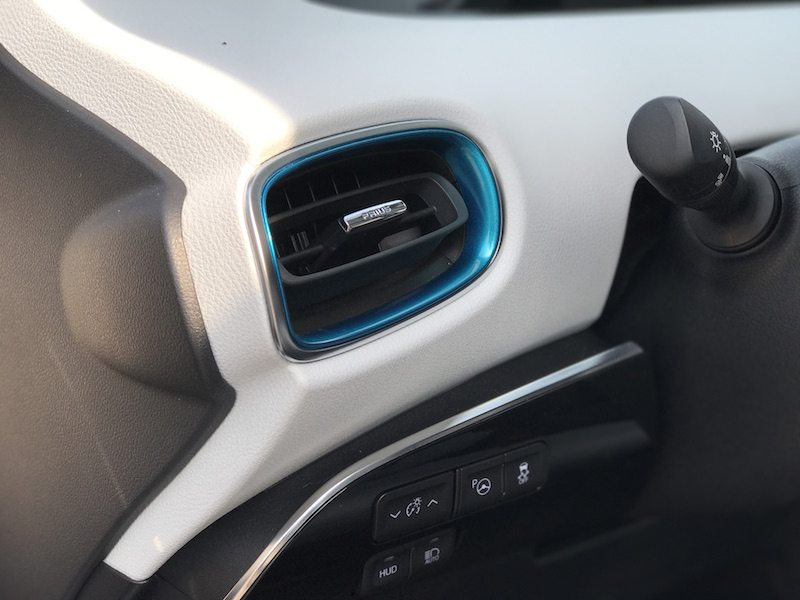 In between the front and rear seating, it offers a storage arm space, allowing for storage of valuable items when parked and unoccupied.   But this does eliminate the ability for anyone to sit in the middle of the vehicle. Making it truly a four seater car.

The gas mileage on the Toyota Prius Prime. I only have two words – GOOD GAWD!

It had me thinking about how I could maneuver my family of 5 into one and chuck the deuces to my oversized SUV.

I drove all the way to Asheville, NC from the Raleigh area on a little under a full tank.  A little under 250 miles one way.  I wasn't able to fully charge it before hitting the road. 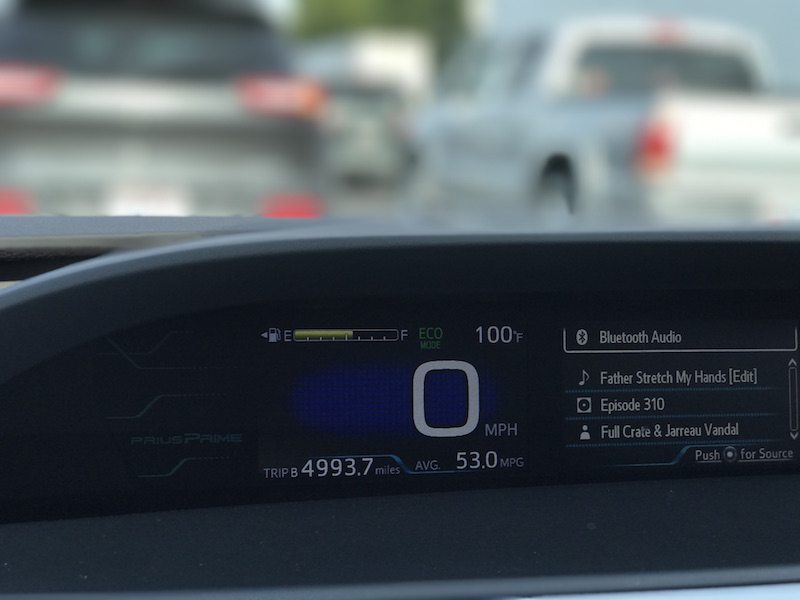 On the ride back? This thing wowed me totally.

I had a full tank of gas and had the opportunity to charge it for about an hour when I stumbled on a charging station in downtown Asheville right before leaving.

I only used half a tank of gas to get back home. FOUR HOURS. TWO-HUNDRED-FIFTY-MILES.  And the kicker is that the full tank of gas only costed me a whopping Twenty dollars. TWENTY. A DUB. I could have used one paper bill to cover the gas.

So I know you are probably thinking, “Kenya, you say reasonably priced, huh?  What is it you call reasonable?”

You can drive a new Toyota Prius Prime starting at just over $27,000.

According to the Green Car Report’s Electric Car Price Guide for 2017, the Chevrolet Bolt is around $37k, the Fiat 500e is around $32k, The Ford Focus Electric is $29k,  and the Kia Soul EV is around $32k.  And none of them gets the mileage seen with the Toyota Prius Prime.

To sum it all up the 2017 Toyota Prius Prime is Prime Time. I could continue to tell you about it, but check it out for yourself in the video below. 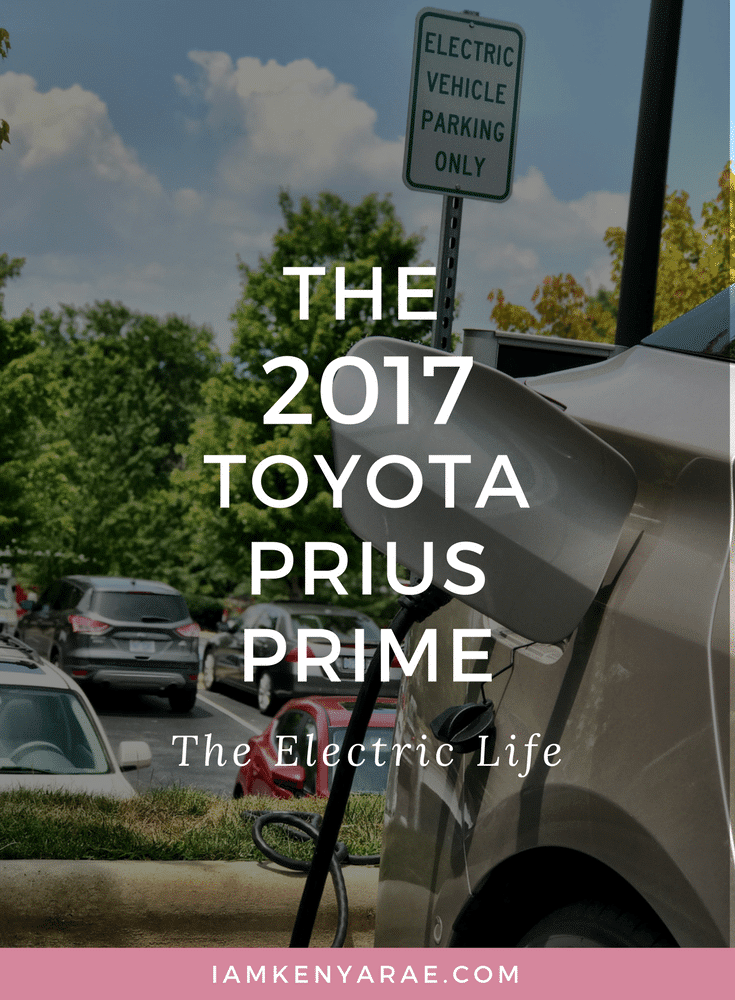 car review
Questions, Comments or Just Want to Say Hey ????????, Drop Me a Line in the Comments.
FacebookTwitterPinterestEmail

5 Must Have Treats You Want Because Berries Make Dessert Better

What You Should Do With Your Cars When You Are Relocating

I drove a Prius while vacationing in Puerto Rico years ago. To date it has the best gas/mileage of any vehicle I’ve ever been in. It wasn’t electric so I know this one would blow my mind.

I use to sell Toyota’s I see the Prius has come a long way appearance wise very sleek. The gas mileage has always been a selling point the Prius is worth the investment long term.