5 More Than Practical Reasons To Give Up Cable 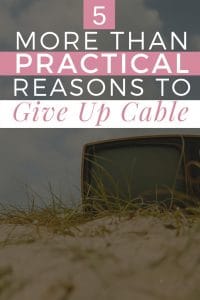 A couple of years ago, we decided to give up cable.  We just couldn’t justify it anymore.  While it was not all cost related, money certainly played a part in the decision.

Are you an avid TV watcher?  Do you and your family enjoy cable programming?

Now, more and more families are tired of being bound by TV contracts and the high fees associated.  It is one of the things that people are deciding to cross off the necessity list.

If you are looking to give up cable, I am going to not only share how we do it but also why we did it. 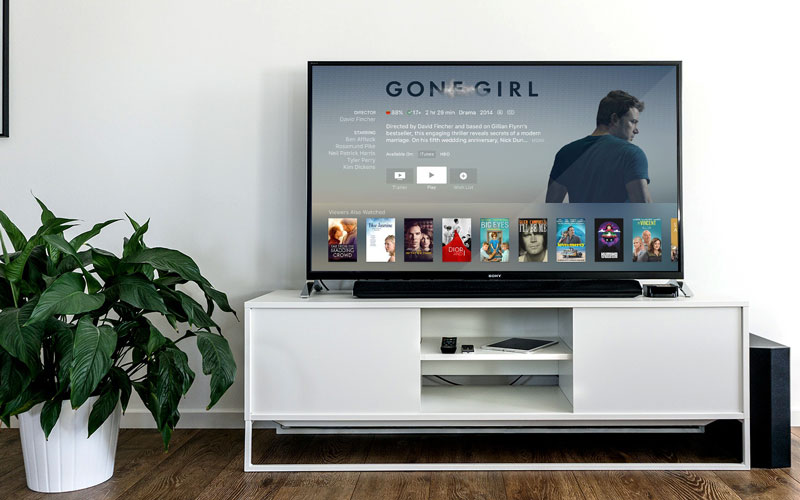 Give up on cable pricing

For the longest, I could not imagine not having cable.  Even in college, I opted to have a basic cable service.

When you could choose to get the non-movie channels for under fifty bucks a month.  Still having a good variety of programming and channels to choose from.

Whatever happened to basic cable? The cheap kind? #teamnocable tweet this

Well the way I work for my coins, I just don’t like throwing them away.  And the rising costs associated with cable wasn’t how I wanted to spend mine.  I don’t know about you.

Monopoly is a board game

Over time, company acquisitions and mergers created monopolies with the cable companies.  Because of this, it seems the prices kept skyrocketing.  Limiting the options that consumers, like you and me, would have in choosing service.

This gave them the option to really start playing games.

Nah, I’m good.  Tapping out on the cable companies and their games.

One of the main games, companies started implementing contractual pricing.  Similar to cell phone service.  You know where they guarantee you the price for a limited time, usually a year.  Binding you to keep the service at least that long, but normally longer than the “special pricing” lasted.  Then charging you an early termination fee if you left before the contract was over.

So the special would be something like… Every single channel for 39 dollars a month for a year.  Then the small print would read with two-year contract.

I'm no dummy.  I'd inquire about the upcharge upfront and they would always respond by saying, oh you can always call and get the updated pricing which could be even cheaper than what we offer now.

I for one am not big on contracts.  The only commitment I have made and not even slightly thought about wanting to back out on is my marriage.

I mean I have never kept a car more than three solid years without itching for something new.  When leasing came about, I was probably one of the first people on that bandwagon.

So I most certainly don’t want to be locked into cable service of all things.

I worked the system for a while.  This led to me playing the yo-yo game.  Feeling the need to shop for new cable service annually.  More games.

And really…ain’t nobody got time for all that.

Speaking of time.  Over time, and with increased competition, and greater technology, and increased cost, I started looking at how much we actually watched it.  We, being the people who paid for it.

And to be honest, it felt like now that we had jobs that provided greater disposable income for extras like cable, the less time we had to actually watch it.

We started doing more, being gone from home more and really just watching TV to help put us to sleep at night.  If there were not “other activities” already handling it.  Whet? We grown right???

Speaking of being grown.  We have people in our house who are not.

So another thing that weighed in on our cable decision was the content.

Becoming a parent changes everything.  And while I realize not all parents monitor what their children consume, I most certainly do.

For me, I generally believed that if my daughter was watching a cartoon it had to be fine.  Until I was actually listening to the content of some of the “children's programming”.  I was appalled.

See Also: How We Watch Our Shows Without Cable

Some of the sexual innuendos and inappropriate language.  It was all just too much.  I began to feel like I didn’t have control of what my child was watching.  Not unless I literally sat there with her and held the remote hostage.

This put the icing on the cake as the hubs and I decided to pull the plug on cable programming.

So even though I am an introverted homebody at heart.  And a good binge-watching is always on my list of favorite past times.  Cable is not a part of that for me.  And honestly, I can’t say that I miss it.

Have you considered giving up cable?

entertainment
Questions, Comments or Just Want to Say Hey ????????, Drop Me a Line in the Comments.
FacebookTwitterPinterestEmail

20 Gadgets You Need In Your Kitchen To Make Cooking Easier

No Cable, No Problem | Watch All Your Favorite Shows Without Cable

We got rid of cable almost 2 years ago and never looked back! I totally agree with you on the Monopoly thing! You made great, and valid, points!

I’ve been seriously considering this! But my husband loves his TV …. So I’ve gotta work on getting him to agree. I will definitely be showing him this post! Thank you!

Sarah I am following it up with a how to with the details of how you can see all the shows you love. I think it’s scheduled for next week

We’re moving to a new house, and we’re really debating giving up on cable. It’s so expensive, we never watch it, and all of the reasons you stated above. It’s a waste anymore!